What Women Want: 3 Secrets About Women Most Men Will Never Know 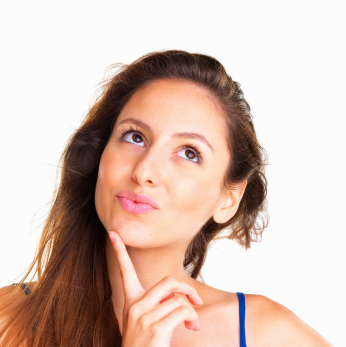 Most guys have a picture of women that is far from true.

Not only does this picture have a bad influence on the mindset of men when it comes to having fun with women, it also leads to a point where a woman gets annoyed by them because they just don’t understand what’s going on.

If you understand what women want, you are the one who plays the cards…

In this article, let’s talk about what women are REALLY like and what women want in men.

I am going to show you three ideas many guys have regarding women. Don’t be alarmed if this is also the way you think of them.

1. Women are sensitive beings that should be handled with cotton gloves. You don’t make fun of women, you don’t bust her balls, and if a woman wants something, you give it to her because she may reward you with sex and/or love.

Women are indeed sensitive beings, but what most guys do when interacting with women is lip-read every wish she may have. There is a shift in power away from the man to the woman, and the moment a woman realizes this, she loses all of her interest in this guy.

It is as if the guy said ‘I realize you are a sexy girl and other guys want you as well, but believe me I will do a lot more for you than any other guy, so you should choose me.’

They take their pride and their coolness and flush it down the toilet, and then they take all their power and hand it over to the woman. These men are so convinced a woman will reward them with attention, sex and love if they just show her that they realize she is hot.

Have you ever seen guys in bars and clubs finding the courage to walk up to a girl and offer her a drink? Sure you have.

What’s mostly happening the moment after is that a woman shows disinterest and starts flirting with other guys.

Women not only think of these guys as lame and dorky, but women HATE guys who give her too much attention and who make themselves submissive.

Most guys don’t get that and try to copy the woman.

If the woman says she hates football, many guys say ‘Yea, I can understand you. It’s really not a cool sport’. By doing that they give a woman instant approval and she knows she can do whatever she wants with them.

2. When women are looking for the ‘one’ they mainly look at how nice and gentle a guy is and how well he treats them.

Truth is women are always looking for someone they can connect with, sometimes a bit more and sometimes a bit less. But a woman doesn’t use her logical mind to look out for this guy.

When a woman decides to be with a man, there always need to be feelings involved.

These feelings can be of emotional or physical nature, but what’s missing almost every time is logic.

A woman doesn’t choose the guy with the nicest face, the most money or the gentlest behavior. She chooses the one she FEELS it for.

In fact treating a woman nicely is a great attitude you should apply, but most guys take it to a point where they give up their own life and communicate dependency. This is highly UNATTRACTIVE to women.

3. Women don’t do casual sex. Before you can get physical with her you need to show her that you are a good ‘catch’ and that you make a good boyfriend.

Most guys think before they can have sex with a woman, they need to show her that they mean it serious.

There is something about this statement that is right and wrong.

If a guy goes out on a date with a woman and repeats that for 3 weeks WITHOUT trying to get physical with her, a woman either sees him as a friend or automatically puts him into the ‘boyfriend’ category and refuses early sex.

If a man on the other hand starts from the beginning to build sexual tension, he creates physical attraction in her and can get both – the early sex and the relationship.

Truth is women love casual sex the same way guys do, but since society judges women that have sex with ‘strangers’ negatively, women try to avoid being ‘tagged’ like that. 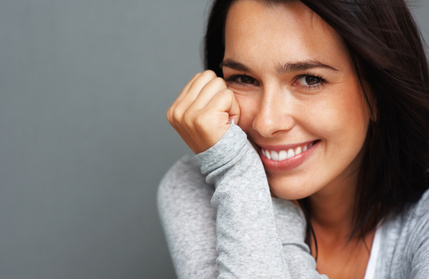 If a guy manages to build chemistry, however, a woman won’t listen to her logical mind and will fall for the guy. She may only use it to justify her actions AFTERWARDS.

Behind everything you do, you need to communicate to a woman that you are a mature and secure man, who has his own life and healthy personal boundaries. If you talk the language of an insecure, needy and dependent guy, there is no chance you’ll ever trigger attraction in a woman. And if you don’t trigger attraction, you won’t get the girl.

Learn how to build your confidence and evict the insecure man inside of you, and the best way to learn how to do it is my free email course.

It’s time to stop staring at the woman, that fascinate you and to finally date them. Just click the yellow button below and we’ll get started working on it instantly: