The Most Important Psychological Concept When Trying To Win A Woman’s Heart! 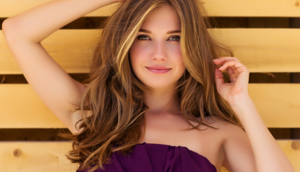 In this article I am going to reveal a simple yet effective method to arouse a woman’s interest and win her heart, and show you the biggest mistake most men commit when trying. But before we get there, I need to trust you a well hidden secret most men don’t know about…

When you want to win a woman’s heart, do you get the feeling that you somehow have to behave differently one of a sudden?

I would like to tell you a quick story, which will most likely sound strangely familiar to you. This story will open your eyes and show you the hidden reason why things weren’t progressing with your girls the way you wished.

A man meets a woman. Right from the start he feels that there is chemistry between them.

The more time passes by, the more he thinks about her and pictures what life could be like with her on his side.

However, there’s another feeling getting along with this imagination…

Whenever he is around her, he gets nervous, less self-confident and acts very differently compared to his imagination or among his friends.

Driven by the thought of being with her, he gets scared that he might ruin things, so whenever he is around her he digs out his best behavior in order to show her what a charming and humorous guy he can be and that he would make the perfect partner.

But somehow he doesn’t manage to get beyond being friends…

He is not sure if she feels the same way as her statements show interest on the one hand, but on the other he is not sure why she doesn’t want more.

Sometimes she says thing like ‘You mean so much to me’, ‘I love spending time with you’ or even things like ‘I wish other men were more like you’, but at the same time she never says that she wants to be with him or give him a clear signal.

All these statements of her give him so much hope that there must be something in the air. And since he cannot bear the thought of living a life without her, he wants to put all his eggs in one basket and win her heart in one romantic act.

He speaks with friends and other women to get some advice on how to win her heart. These women give him tips such as:

Women love it when a guy courts them.

Women love a guy, who treats them well and takes good care of them.

This leads him to one conviction: if he only manages to show her that he is the perfect partner for her, then there’s finally nothing in their way to be together.

Driven by his desire to be with her, he sets his plan in action. He calls her up to schedule a nice candlelight-dinner in a fancy restaurant, just to show her how good life could be on his side and what a great couple they would make.

But somehow things didn’t add up…

There was something wrong here.

She sends him a quick text saying that unfortunately she has no time and that she would get back to him soon.

Days go by and no news from her: no text, no call, nothing.

The more time passes, the more anxious he gets. He constantly checks her whatsapp status and catches several times her while she is online. Yet no reaction from her.

Is she that busy?
Did she forget about contacting me?
Or did I maybe ruin it all?

All this makes him even more insecure. Yet he is convinced that the two of them would make a great couple and driven by this idea, he jumps to the conclusion that she just doesn’t know that it’s really serious for him; that he’s not one of those guys, who would just take her for physical pleasure and then drop her like a hot potato.

In his imagination he can see how released she would be once she finally knows how serious he means it. So he goes all in and reveals her how he feels about her.

And now something happens that made no sense at all for him.

She says that she needs some distance.

He calls her, texts her, yet no reply. She disappeared.

Being totally hurt, the man wonders what went wrong here.

This story may sound strangely familiar to you, does it?

I picked it as all of us went through something like this and it displays very nicely the biggest mistake we can commit when trying to win a woman’s heart… a tempting mistake that most men fall for blinded by their desire to be with a certain woman.

What is it about this story that just doesn’t add up?

There is a certain understanding this man just didn’t get when he tried to win her heart.

We think that it’s love driving us to be with someone else and hence think that we must address a woman’s desire to be loved. If she just notices how her desire to be loved could be fulfilled from one guy, a guy, who would also make a good catch for her, then that’s what’s needed to make her fall for him.

And this is where most men mix things up.

It’s not love that makes us want to be with someone else. It’s a feeling that we cannot explain. A feeling that let’s us stay awake at night dreaming about the other one and picturing what life could look like if we were together.

We don’t know this feeling and mix it up with love.

But this feeling doesn’t describe love, it describes attraction.

Every behavior that is directed to address a woman’s love backfires until the moment she feels the same level of attraction for you as you do for her.

If you show a woman your interest too early on, then this doesn’t awaken her interest. Instead it pushes her further away from you.

It’s human nature that we are looking for the best possible partner for us, but there’s a certain twist to this fact that most men don’t see. Especially not when they’re blinded by their attraction for a certain woman.

It’s not the way you court a woman nor all the nice things you do for her that make you the best possible partner for her. And as paradox as it may sound for a man in this situation, by trying to show a woman what a great catch you are and revealing your feelings to her you make yourself very unappealing to her. 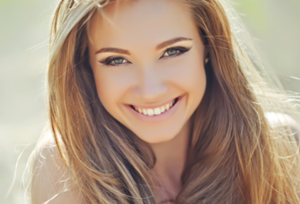 Instead a woman mostly picks the guy, who doesn’t court her. The guy, she doesn’t know whether or not he is into her. The guy she lies awake at night for picturing what life could be like on his side. It’s a guy she feels a desire to be with.

If you want to win a woman’s heart, then this desire is what you need to trigger in her. But it’s not the things we think, that make us a good partner for her, that trigger this desire in her. It’s something entirely different. Something I dedicated many years of my life to researching.

And this is what makes all the difference in the world. The difference between being just a friend and the guy she wants to be in a relationship with.

If you want to know what it is and what you actually need to do to make a woman feel that desire for you and how to proceed to win her heart, then sign up for my free email course and let me show you what only the fewest men out there are ever going to know.