How To Overcome Your Anxiety To Approach Women 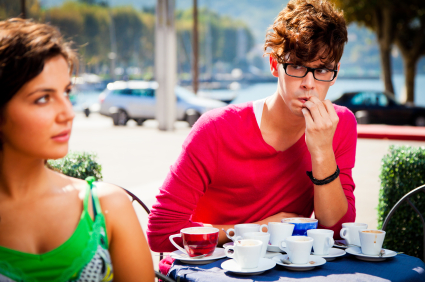 Do you always become shy and reserved once you see a woman you are interested in? Would you like to walk up to her and start a conversation, but you just don’t know what to say and do and this cold shiver running done your spine holds you back from doing anything at all? In this article I am going to give you four amazing handy tips in order to overcome your fear of approaching women.

If you can identify with what I have written above, then I bet you sit at home banging your head against walls looking for a solution to your problem.

I can understand if you do that, as it’s a painful situation not being able to walk up to the girl one is interested in.

Good news is, I will give you an antidote to this problem in this article.

Bad news is, you need to leave your comfort zone and actually do something.

Okay, now that I have explained the deal to you, here’s the plan…

The Fear Of Approaching Women

If that describes you, then there is one mindset you should always apply.

‘Be who you are and say what you feel, because those who matter don’t mind, and those that mind, don’t matter.’ – Theodor Seuss Geisel

The main idea of this quote is that the opinion of others about you doesn’t count. It’s as unimportant as another drop of water in the toilet, so don’t let others have any influence on your behavior.

It just doesn’t work this way because no matter what terrific and sophisticated line or technique you have, if you feel something holding you back from walking up to her, you either won’t approach her at all or you’ll seem so plastic that she’ll instantly reject you.

Now that we have covered the mindset and that pick-up lines and techniques aren’t what you should be looking for, it’s time to give you four handy tips to overcome shyness and your fear of approaching women.

How To Overcome Your Approaching Anxiety Using These Four Handy Tips

We have started with the mindset of not caring about the opinion of others, but there is another mindset most guys affected by approaching anxiety are convinced of.

Well, in most cases this doesn’t happen – especially not with women.

Women are warmer people than men. If you walk up to them for whatever reason then they will be okay with it as long as you lay no lame pick-up lines on them and as long as you don’t apply too much pressure by asking them right away for their number or if they want to go out for a drink.

Women love attention, and approaching them is a confirmation to them that they are attractive.

Why would they want to reject you for that?

Have some respect for women, but when approaching them, change your mindset from ‘I cannot walk up to a stranger without having a reason’ to ‘Women love to be approached, so I will be a nice guy today and do something good by approaching her’.

Another mindset you should apply is that you are not too focused on what you’ll get out of the approach.

‘The most important change in my life was to change my attitude when it comes to approaching women.’

I see it as training, as fun and as just another experience.

It could be fun talking to her and if not, then I will have worked on my approaching skills. Period.

The world won’t end if you get rejected.

When most guys see a woman, they instantly think that they need to walk up to her right now without even having any eye contact. They completely underestimate the power of non-verbal communication.

It’s a great way to create interest in a woman and you don’t even have to say anything.

Most guys are too shy to even hold eye contact. Once a woman looks back at them they instantly look to the ground and hope that she didn’t realize that they looked at her.

But tell me…How will something ever start between you two if you can’t even look at her eyes? How will you be able to talk with her?

You need to train to build and keep eye contact, so go out and look into peoples’ eyes. Try to maintain it, but be smooth and don’t force it. That means you still need to twinkle otherwise people may think you are psychopath. You can do it both with men and women as this is only to build self-confidence.

Once you have found a woman, try to maintain the eye contact and as soon as you feel good about having maintained eye contact, learn to communicate what you want with your eyes.

Smile at her, wink at her and look at her in a curious and suspicious way as if you are wondering why she’s looking at you.

Walk up to strangers and just say no more than ‘Hey’ or ‘Hey, how’s it going?’

There is no more you need to do in the beginning, no conversation to be followed.

You can start using situations in which it’s normal to do that like in supermarkets, the bank, a bar, restaurant, etc.

By just saying ‘Hey’ to a stranger you learn that there is no big deal about approaching. If you think people will think of you as being crazy, well, I would rather say they’ll think you are nice guy and they will wonder why they never say hello to a stranger.

4) Have a conversation with strangers

Eventually step 1 to 3 leads to this one.

After having built eye contact and after having greeted people, it’s time to start a conversation.

When approaching a woman you don’t know, in most cases she will be a bit reserved (unless she is intoxicated or super-social), so it’s important for you to be smooth. The purpose of small talk is just to break the ice and make her feel comfortable about talking with you.

If you walk up to her and say ‘Hey, I would like to have a drink with you this week. Will you give me your number?’, then you are pushing her into a corner and she’ll need to defend herself. The chances you will be rejected are high. But if you walk up to her and start smoothly, then she will feel comfortable being around you and your chances that she will give you her number increase.

For starters, use situations in which it’s normal to make small talk, such as in the supermarket with the cashier, the waitress in the bar or the receptionist at a doctor’s.

Once you have a hand in talking without having a real purpose, extend it to situations in which it’s not ‘that’ normal.

And trust me on that, if you start conversations with strangers, people will think of you as self-confident and great rather than a freak.

I have been at a festival in my hometown and I was drinking a type of hot wine. A guy was near me saying ‘Hey, is that the hot wine? Man, I’ve been looking for this all week. I have never had one, how is it?’ After having told him that it’s good, he said to me what he usually drinks and so on, and we had a conversation – a conversation with a guy I have never seen before and who had no purpose at all to talk to me. But I didn’t think of him as being a freak, as it’s no big deal to talk to strangers.

The Result Of Curing Your Shyness And Fear Of Approaching Women

The idea of these four handy tips is that you learn to approach women on autopilot. 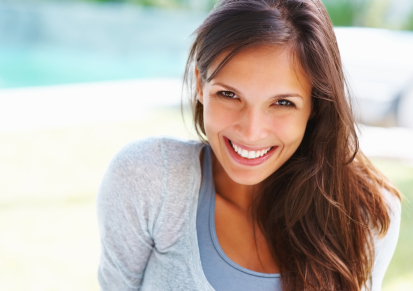 You should not have to think of what to say or do, just walk up to her and say what’s on your mind.

If you think she has a nice outfit and you wonder why it’s green, go and say that to her.

‘It’s quite a nice dress, but I have never seen anyone wearing it in green…’

As soon as you have overcome your approaching anxiety, it’s time to learn how to naturally approach women day and night. In my free email course, I will show the exact ways how to approach a woman, and what you can say and do.