How To Impress A Girl And Why Most Guys Fail Trying 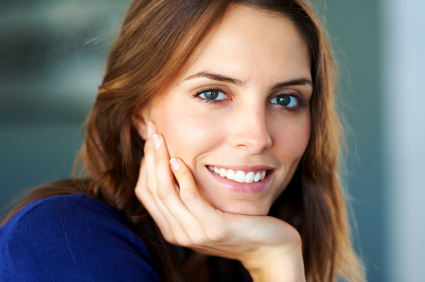 What most men do when interested in a particular woman is try to dig out their best behavior in order to impress her.

What they don’t know is that in most cases they are blowing it off instantly with women.

Learn how to impress a girl and the hidden reason why most men fail.

Men and women have different ways to show that they are interested in the other person.

Whereas women many times like to play ‘hot and cold’ with a guy, which means they show interest and disinterest, and communicate in a very subtle language that they are into them, most men have a different approach.

When a man is into a woman, he often becomes sensitive and tries to shower a woman with compliments, giving her gifts and showing her what a great catch he is.

In other words he is trying to impress a woman by giving her the picture of a ‘perfect boyfriend’.

What these guys mostly don’t know is that women truly HATE that, and when trying to arouse their interest then it’s not about how to court a girl.

Women are annoyed of guys chasing them, lip-reading every wish and giving up all their pride for them.

Truth is these guys have the wrong picture of what women see as the perfect boyfriend.

The Hidden Reason Why Most Men Fail With Women

Most guys lack self-confidence and options in other women so they get so tense about landing a specific woman, they don’t realize that they are blowing it with their behavior.

As of emancipation and what society and our mothers have taught us about how to treat a woman, most nice guys think they can get a woman by courting them. Their idea about women is that they pick the guy who is willing to be the most submissive and chivalrous, but there is something these guys don’t see.

Being chivalrous to a woman is a MUST, but being an insecure man who puts a woman on a podium is a NO-GO.

There is a hidden reason behind all that, which causes most guys to become insecure wussies when interacting with women.

They see the woman as something untouchable – someone men are not allowed to tease, but rather to serve. They think women are weak human beings, so a woman picks the guy that figuratively walks up to her and says ‘For me you are not weak. I know all other guys are players and think they are something better, but for me you are something better. Tell me, how can I serve you?’

Many men have the idea that if they just showed a woman that they understood that she is a hot and desired being, that she would reward them with attention, love and sex.

This is the picture MANY guys have about women. They think a woman goes for the guy that is doing the most for her, the guy who is lip-reading every wish.

The result of this mindset is that men want to know all about how to court a girl and how to impress a girl by communicating their submission.

Courting and trying to impress a girl means being needy & clingy, and that you handle over all your power to her.

This won’t do it for ya!

You are becoming what most women call ‘just another lame loser’ or if she is a nice lady, she will describe you as ‘a nice guy, but I just didn’t feel it’.

You heard it – she didn’t feel it.

If you try to impress or court a woman there is something happening that is turning a woman off instantly. It’s the insecurity you sell to her, and insecurity doesn’t get her to feel IT.

Guess what it takes so she feels IT? 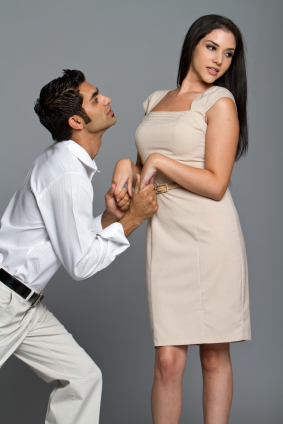 Attraction is the foundation of ANY dynamic between a man and a woman.

You don’t cause attraction in a woman by courting her.

You don’t cause attraction in a woman by trying to impress her.

You cause attraction in her if you know how build tension and chemistry, and if you learn how to do that, then she will be impressed by you!

Attract a woman and she will be impressed by you, but do not try to impress her.

The moment you cause attraction within a woman, you take away her power over you, and it will be her courting you!

And if you don’t know how to build tension and chemistry, then you should do something about it RIGHT NOW, otherwise you will never get a woman’s interest. And the best place to do so is my free email course.

Subscribe it to it now for free and let me teach the exact ways to arouse a woman’s interest and how to bring things to the next level. Just click the yellow button: