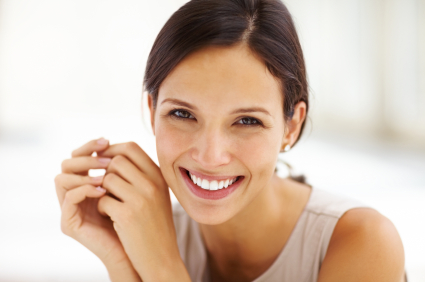 Some men can go out day and night and in the end they’ll end up with nothing. Once in a while they manage to get a woman’s number and are so desperate about turning her into their girlfriend that they screw it up. For some men how to turn a date or a female friend into a girlfriend seems to be a mystery.

To be honest, it’s not often that a female friend wakes up the next day sweating, saying ‘Oh my gosh, I think I am in love with Brian’.

The Default Procedure On How To Find A Girlfriend

They go from meeting to dating, and after a while of dating, they end up in a relationship or nothing at all.

The progression from friendship to relationship is very rare, but still not impossible.

Relationships that have friendship as their basis mostly occur among people that lack options in other people, for example with men and women that always hang around in the same circle of friends and rarely interact with ‘new’ people.

If a woman has options in men, she is usually not into a guy from her close friends circle and the chances she will become the girlfriend of one of them are very low but not zero.

The True Problem When Trying To Get A Girlfriend

The problem most men face, however, is what to do in order to turn a date into a girlfriend.

Truth is there is not much you need to do if you are a man who has options in other women.

But a man who has a lack of experience with women, and only gets a woman once in a while, of course doesn’t want to let this one get off the hook, so he wants to act. And he wants to act IMMEDIATELY.

Many men think if they don’t talk with a woman they are dating every day, then she could lose her interest, so they pursue her, call her and try to push her to become their girlfriend.

It is literally as if these guys are afraid that for every day this woman is not their girlfriend, she could find a guy that she will instantly fall in love with.

Well, this may of course happen…but you should know that these are less than one of 1,000 cases and in my entire experience I haven’t heard of this yet.

Moreover a woman is usually not going to run away from a guy if he is proceeding in a slow mode with her as it’s human nature to want what we don’t get so easily, so it’s not a bad thing if you take it slow and play it cool. But don’t get me wrong when I say ‘slow mode’.

I don’t mean that you shouldn’t make a move when dating a woman. You should move on to the physical stage absolutely, you just shouldn’t apply any pressure.

If you date a woman and you call her one time in three days saying ‘Hey, it was nice the other day. We should do that again soon.’ and then see her for a night or a dinner, then this is slow mode but still bringing you closer to your goal.

If you try to see her every day or call her every day, then you either push her so hard that she’ll feel uncomfortable and end it before committing to something she doesn’t like, or you will get into a relationship with her within days, which is very likely to have a bad ending.

Men and women that don’t have options in others are the ones who take it too far. And if you end up being in a relationship with a woman you have dated for less than a week, then you know nothing about her and the chances she will not be the one you were looking for are quite high.

This is also the reason why women don’t want to commit too soon. They first want to get to know you better before making a ‘relationship’ decision.

In general, if you are a mature and confident guy, then you could get girlfriends anywhere. The same applies to women.

But if one of these two communicates a picture to the other one that they should instantly be a couple, then it says the exact opposite – they’re a person that’s clingy, desperate and needy, all of which will be a huge negative.

How To Do It Right…

I have seen plenty of dating and relationship stories and I have been through many of them myself, so I can give you a decent picture on what the best way to handle this situation is.

If you have been on a date with a woman and you would like to turn her into your girlfriend, then take one step after another and build more proximity with every date and every phone call, but do not overwhelm her as you definitely don’t want to communicate that you are a dependent guy.

Time will go by, you two enjoy spending time together, and if you ask yourself when you’re going to enter a relationship with her, then you have probably already passed that stage.

This may sound redundant to you, but there are guys out there who think that going from dating to relationship needs a specific action. No, it’s about gliding over from one to another, so skip shameful questions or actions.

If you are dating a woman and you are not yet sure where it should go with her, then try to keep the level as it is and see her occasionally, but don’t try to show her any commitment yet. Remember, not committing is usually not a bad thing as long as you don’t mix it with showing no interest in her. 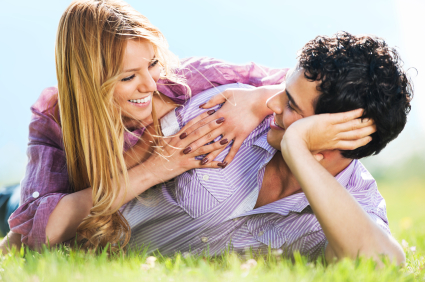 You definitely want to show interest in her, but you don’t want to give her the picture that you want her as girlfriend right now. Live with the attitude ‘We’ll see where this is going’ and if you realize a week later that you are really interested in making her your girlfriend, then just move one step further at a time.

Just always keep in mind that dating is no relationship, and if a man tries to commit a woman, many times she’ll feel under pressure and will dump the guy.

Do it slowly and enjoy yourself with her, then it will be her wanting to commit herself.

And if you don’t know how to find a girlfriend, what to do to get a woman in the first place, or how to turn a date into girlfriend, then sign up for my free email course and get these issues handled once and for all.

Just click the yellow link below and let me show you within few emails how to turn a female friend into your girlfriend.