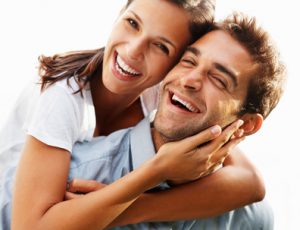 Are you into a woman and don’t know how to make her want you? In this article I am going to reveal you the true reason for why she doesn’t reciprocate it and what you need to do to make a woman want you.

It’s all about affection, isn’t it?

In the many years that I have been coaching men, I found one interesting detail that distinguishes successful men from unsuccessful ones.

Most men, who don’t know how to get a girl to like them, haven’t fully conceived the following distinction:

Affection is not attraction.

Affection is not your aim.

Most men, who are bad in making a woman want them, act very gently. They always treat a woman with respect, pay for her drinks and make her compliments where possible.

Now, don’t get me wrong here. These are all great gestures, yet they want help you to make a girl like you. What these men don’t see is that this behavior doesn’t trigger attraction, it only gets a woman’s affection.

A woman doesn’t fall for a guy though, who she feels affection for, but to whom she feels attracted.

Now, why do most guys pursue the idea of making a woman feel affection for them?

The reason why is that they want too much too soon, and triggering affection in a woman is based on an easy concept, known in psychology as ‘Reciprocity’.

If you show a woman your affection towards her, she may feel affected to you, too. It’s an easy and simple strategy to follow: all you have to do is show her how you feel about her and take good care of her. Exactly the way we have been told by our parents and many romantic movies.

The problem, though, is that a woman doesn’t pick the guy she feels affected to, but the one she feels attracted to.

Affection is what you feel for your parents, best friends and also for someone you truly love. Attraction on the other hand is what lets you stay awake at night picturing what your life could be like if you had the girl on your side that you are crazy about.

Affection responds to ‘courting behavior’. What I mean by ‘courting behavior’ are all the things you do to a woman to showcase yourself as the right partner for her: making compliments, buying flowers/drinks/gifts, trying to impress her, taking care of her, and so forth.

If you do all that, a woman certainly thinks of you as a good guy. Someone she likes and maybe even someone she would introduce to her small sister, who she wants to see in good hands. Unfortunately, she won’t respond to you though and neither her small sister.

If you wonder how to make a girl want you, then the key is to make her feel attraction for you.

The downside of this ‘courting behavior’ is that it doesn’t trigger attraction, and if applied to soon, it even turns a woman off entirely.

When you see a woman, which parts of her body would you like to see naked the most: her arms, breasts, butt, vagina or legs?

If you put them in order, your list would most likely look something like that: vagina, breasts, butt, legs, arms.

The reason why you choose this (or a very similar) order is based on how available these parts typically are for you.

This missing availability of her vagina and breasts make them something so much more special than her arms for instance. That’s why you feel much more attracted to a woman’s intimate parts than her arms or legs.

Now, if all women on earth suddenly started to hide their arms and legs, but show their breasts and vagina instead, most likely after some time they would lose their specialty for you.

The way most men behave around women, addressing their affection, turns them into someone easy to reach and not special at all. This behavior signals a woman that she has all the power on her side and that she’d just have to snip her fingers and have them.

If this girl is desperately looking for a guy, showing your affection would be enough, and she would be yours.

But if this girl is emotionally stable, then her mind operates the same way as most attractive women out there: she will look for the best possible partner she can get. And a man, who is chasing her without her having to do anything, will definitely not be the best option out there.

That’s why a woman doesn’t look for the kind of guy she can easily get, but the guy she feels an appeal for. And that always describes a guy, who she doesn’t know if she could get.

Pick her up where she stands.

Keep this phrase in mind. It may be the most important one you have ever applied in terms of dating a woman.

If a woman only finds you cute, and you suddenly reveal how you feel about her, then you don’t pick her up where she stands. You are far more advanced in your feelings than she is, which means you bring a lot more to the table than she does. And this typically makes you very unappealing for a woman.

You may get her affection, but not trigger her attraction. And if she is not a desperate woman, then the result will be that she rejects you. And a woman typically experiences these kinds of situations over and over again: guys showing her how much they like her, and not understanding that this doesn’t make a woman want to be with them.

But here’s the thing…

Once in a while there comes a man along, who is different. A man, who knows how to be appealing to her. A man, who doesn’t court her, but picks her up where she stands and knows how to play with his interest in her. A man she fantasizes about even weeks after she met him.

And now it’s time to make a decision:

Which of these two types of men are you going to be?

The one courting women, addressing their affectionate side and getting nothing more than becoming friends…

Or the one that triggers a woman’s attraction… The one, women look after when he enters a room… and the one they dream about when they touch themselves. 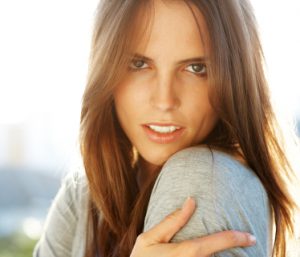 If you chose to become that appealing man all women hope to find in every man they like, then you need to learn all the factors that trigger attraction in a woman and distinguish them from affection, and then how to bring things to the next levels with her. And the best place to learn that is my free email course.

So, if you are into a woman and she doesn’t reciprocate your interest, sign up for my free email course and learn within a few emails what you should do now to make her want you too and how to move things forward.