How To Attract Women And Why Being Too Nice Typically Backfires 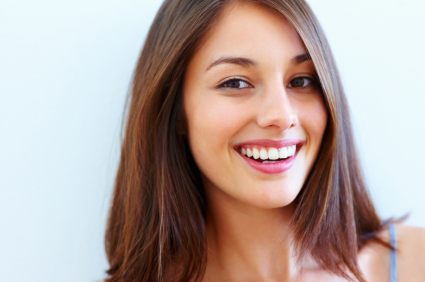 When it comes to getting girls, it’s crucial to create attraction in the first place.

Something every guy has asked himself is what the best ways are to attract women and what works better when attracting women – being a bad boy or being a nice guy?

In this article I am going to reveal this secret to you and will show you how to be attractive to women.

Truth is most nice guys would be the dream of any women, but as they have a wrong understanding of attraction and what women really want, they just blow it and the women go for the bad boys.

Most men never know what women find attractive about bad boys. Why can a rude guy, who’s playing with a woman, get her in the end? Why isn’t she taking the guy doing her well, supporting her and showing her that she is the one for him?

The reason why most nice guys never understand what women see in bad boys is that they have the wrong picture of what attracts women. It’s not about how to be attractive for women, but much more how to build tension.

The nice guys think a woman chooses a guy following logical aspects, which are commonly known as attractive traits.

What these guys eventually do is try to be attractive for a woman by showing her that they combine all this, but instead of feeling attracted a women is scared off by them.

You cannot logically convince a woman into being attracted by you.

A woman doesn’t go for the guy that logically seems to be a better fit just because he combines the traits society calls attractive. Truth is these aspects simply don’t trigger any emotion in her.

If you tried hard to be a rich, good looking guy and walked up to a woman, paid for her drinks and lip-read every wish, you simply wouldn’t get her.

The reason is there is usually no chemistry or sexual tension involved and a woman feels nothing for these guys.

Most things nice guys do don’t cause any chemistry or sexual tension within a woman. In other words, they don’t trigger attraction in her.

Giving a woman gifts, pleasing her and showing her what a great catch you are doesn’t trigger attraction. Rather, it’s the description of a needy and clingy guy.

A bad boy on the other hand is the extreme opposite.

He is not trying to please her, he’s unconcerned about her and it’s him playing her.

Eventually he becomes a challenge to her and it’s human nature to want what we cannot get.

The woman feels a need to be with him and she starts feeling attracted, even though he many times doesn’t possess any so-called ‘attractive traits’.

If you were to stop reading here, the solution would sound as if every man trying to be successful with women should become a bad boy, but this is again far from true.

Ok, here comes some news about women that nice guys NEVER get…

A nice guy is a good guy, and a woman knows that.

She would be stupid to go for the other guy. The bummer is sometimes women do stupid things, because women are many times irrational.

Women don’t choose the man that seems to be the better fit. She chooses the guy she feels she wants to be with. And the moment she gets this feeling, she uses her mind to justify it and comes up with reasons to convince herself about it.

When a woman is looking for something serious, basically every woman says she prefers a nice guy over a bad boy.

The only bummer about it is that nice guys usually act submissive and don’t attract her, and as a result many women often stick to the bad boy as nice guys simply don’t get her in the first place. 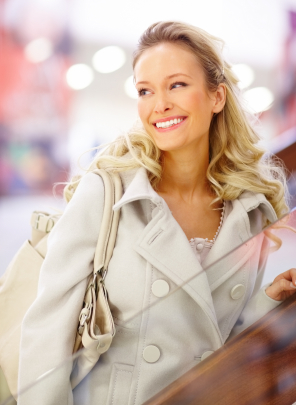 If you want to get a woman, then please don’t try to become a bad boy as this really shouldn’t be your aim. The chances are high you will be a so-called ‘wannabe’, who is just plastic and ridiculous to look at, and women will reject you instantly. Not to mention that you would give up your true personality and could suffer a mental breakdown…

What you need to learn is the specific traits a bad boy usually combines and which attract women.

These traits do not turn a guy into a bad boy and any guy can learn them.

Imagine a nice guy would learn them…

He would be the jackpot for any woman – causing sexual tension and at the same time being supportive with a stable life.

This is what I call a modern-conservative guy.

Now here is the deal. If you are a nice ’submissive’ guy and always please women, pursue them and lip-read every wish, then you will have experienced what I have just described above.

Do yourself a favor and sign up for my free email course, where I teach you how to become a modern-conservative man, who knows how to build tension between him and the woman of his interest, and how to take things to the next levels.

Just click the yellow button below and we’ll get started instantly: