How To Approach Women Naturally 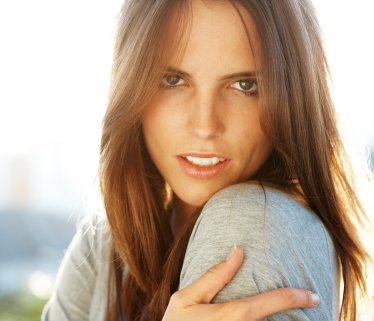 Many men fear the moment to approach a woman and start a conversation. What most men are looking for are pick-up lines and word-for-word-scripts they can use. But what they don’t know is that this ain’t help them at all. Read in this article why another pick-up line just isn’t going to make a difference and how to approach women successfully.

The true reason that makes many men so scared about simply walking up to a stranger is the idea of being rejected or being made look like a fool. However, there are guys out there that seem to have a perfect hand for these kinds of situations and that can walk up to any woman and many times can get her number within no time.

What most unsuccessful and anxious guys want to know is – what did they say and how did they do it?

In my experience of dating, the most common issue guys email me is how to approach a woman and what to talk about with her.

These guys are so convinced that there is a pick-up line out there that engages any woman within seconds and beyond. What I am going to tell you now, might shock you. Don’t be alarmed.

The Shameful Approach Most Guys Are Pursuing

I have not only studied men who are called to get any women they want (which they don’t by the way), I have also seen this area in my life evolving from zero to hundred, so that I can walk up to any woman I am interested in and start a conversation.

I have guys asking me how to walk up to her and what to say and truth is, it just makes no difference.

Guys tell me about specific and sophisticated approaches they have learnt from friends or so called ‘dating gurus’, but when they try them out in field, they just don’t work.

There are even some coaches out there giving you an exact tutorial, but there is something most guys aren’t considering…

What you say to her just isn’t that important.

If a woman will feel you are pleasant guy, she will talk to you.

If you come up with a terrific line or approach, best case – she will talk to you.

In most cases when a guy is into learning so called ‘routines’ and pick-up lines, he won’t be successful with women though as he communicates something to her that turns her off instantly.

These guys are focusing only on the approach that they completely forget about what ‘this’ is all about.

Women & Dating isn’t something that should be forced. You cannot force a woman into liking you, it’s just not possible. What these guys eventually completely disregard is enjoying when being around women.

Well, in this case…don’t be surprised to be rejected.

If you think about why a woman would want to talk to you, then the only correct answer is because she enjoys it, and if the person walking up to her isn’t enjoying it himself, it will be difficult for her to enjoy it.

Learning pick-up lines and techniques is the definition of not enjoying it, but rather trying to find a superficial solution which is backfiring.

The True Problem These Guys Are Facing

Big news is on its way…

Approaching women is not different than approaching any other person.

These guys are idealizing the skill of approaching women that they completely lack a sense of reality. Approaching women is NO GAME, it’s part of daily life and the only skill you need to learn when it comes to approaching a woman is a social skill.

If you just were outgoing enough and enjoyed talking to her, then she will enjoy it as well, you will both have a good time and in the end you get her number.

If you see the area women & dating as a ‘game’, then you don’t get what this is all about and then women will reject you.

Truth is women love to be approached as it shows them they are wanted. Women also love to talk with guys they don’t know, but women hate guys who are plastic, artificially or trying to hit on them.

So, if you have ever ‘hit on’ a girl, then don’t be surprised why this may seem so hard for you.

I have recently talked to some women in a club and asked them how they think about this entire thing of approaching and they told me that most guys are so shy that they just look at them for hours, but never make a move and by the end of the night, they are getting so drunk until they have enough liquid courage and then walk up to them being so tense about a success story and disgust the women to hell.

In the end, all a woman wanted was to have a funny and interesting conversation and maybe getting to know some new interesting people, but as most men are acting as if it’s a huge mission that needs a preplanning, planning, implementing, analyzing, controlling and post-planning phase, they screw it.

Apply this attitude and you will be successfully approaching women, because the result will be that you walk up to a woman, talk only with the girls you think are interesting, and ultimately have a fun evening.

This is what it’s all about!

What is there if you see approaching women as something forced, fake, or as a game?

And guess what the best thing is… after you have had an interesting conversation with a woman and you both laughed and enjoyed it, she will love to give you her number. 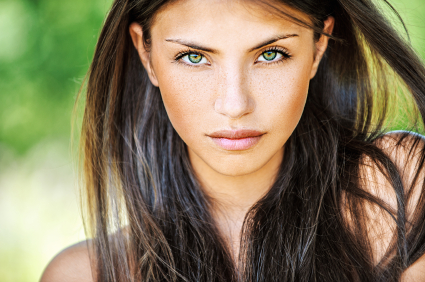 And when she gives it to you, it equals a successful approach, because she will pick up the phone when you call her and will want to see you again.

This is something way too many guys don’t realize.

Getting a number is no success if the woman isn’t going to respond to you afterwards. If you didn’t have a good time when you first met her but instead just got her number within minutes, there is no point for her to meet up with you. She simply won’t feel comfortable with the idea.

Now what does this all mean to you?

If you can enjoy yourself striking up conversations with women anywhere, anytime, then you are my man! And if you don’t, then do yourself a favor and sign up for my free email course, where I am going to show you in-depth how the naturals approach women without using pick-up lines, routines or techniques. These guys follow a simple pattern which ensures a woman simply feels comfortable and enjoys the conversation.

Just click the yellow button below and then let me teach you in a few emails how to approach women in a smooth and natural way without fearing to be rejected or to seem unnatural: